Soot is formed each time incomplete combustion takes place within an engine. Owners of vehicles with diesel engines need to change the engine oil regularly so that the excessive accumulation of soot doesn't impair the performance of that engine oil and ultimately the engine. This article discusses some of the negative effects of soot accumulation.

Engine oils have additives which ensure that any soot formed doesn't form clumps within the engine oil. However, those dispersants can be overwhelmed when the vehicle develops a defect, such as worn piston rings, which results in the formation of excessive soot. That soot will start absorbing the dispersants in the oil. The net result of this absorption is that the oil will be left with no dispersant to keep new soot from clumping. Soot will no longer be removed by the oil filter since the soot will be trapped within the engine.

The diesel engine can fail prematurely if excessive amounts of soot accumulate within its oil. This accelerated wear stems from the blockage of the channels through which oil travels to the components of the engine. The blockage of the flow path denies crucial components the lubrication that they require. Over time, this lack of lubrication can cause the moving parts to wear out and fail prematurely.

The oil filters are also more likely to fail or get clogged quickly in situations where large amounts of soot form within the engine. Soot clumps block the filter media and create opportunities for the engine to seize up suddenly once engine oil can longer flow through the clogged filter.

Don't wait for your diesel engine to suffer the effects of soot accumulation within the engine oil. Take your vehicle for regular service. The experienced professionals will identify the underlying cause of the abnormal accumulation of soot in the oil. Fixing that problem will save you from the domino effects of owning a diesel engine that keeps showing the effects of soot buildups (loss of engine power, for example). For more information, contact diesel services in your area. 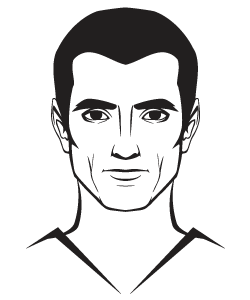 I'm Norman and I live in Australia. I am car crazy. I have always loved cars so as soon as I could learn to drive, I took some lessons and got my licence. I thought that learning how to drive would be the most important part of owning a car. While knowing how to control the machine is useful, it is also vital that car owners understand how to maintain and modify their auto. I am not an auto mechanic or any other kind of industry professional, so I decided to spend as much time as I could hanging around in my local repair shop and auto dealership so I could learn the tricks of the trade. I hope you like my blog which details all of my top tips.